You are here:
Uncategorized

Yesterday morning, Google confirmed via Danny Sullivan (aka @searchliaison) that there was a broad core update to its algorithm in progress. 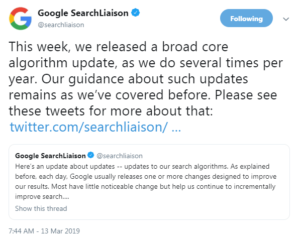 As with most search updates this one was preceded by some “tremors” (Feb 14th, Feb 22nd, Feb 27th, March 2nd, and March 6th) that were reported across the industry.  This is the SERP volatility index from SEMRush: 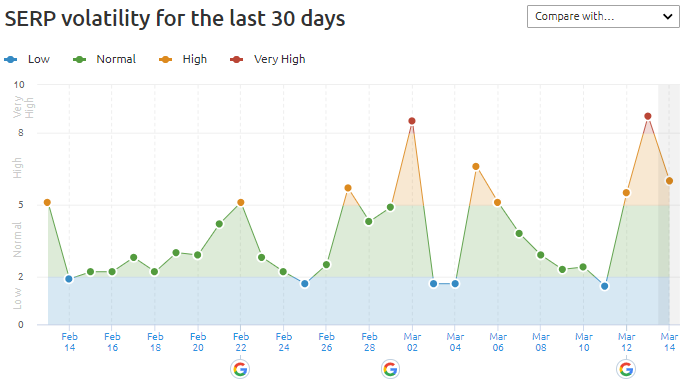 The update is called Florida 2 and the fact that this update was confirmed by Google is significant.  Google rarely confirms updates and only does so when the update is so significant that is can/will cause broadly felt changes in SERP position.

As a result of the Florida index, some SEOs have reported traffic drops of 20 – 40% on some sites.  You can read some of the chatter in the webmaster forums here (https://www.webmasterworld.com/google/4938447.htm) if you want to get into the weeds.

This story will be updated as details arrive