You are here:
SEO 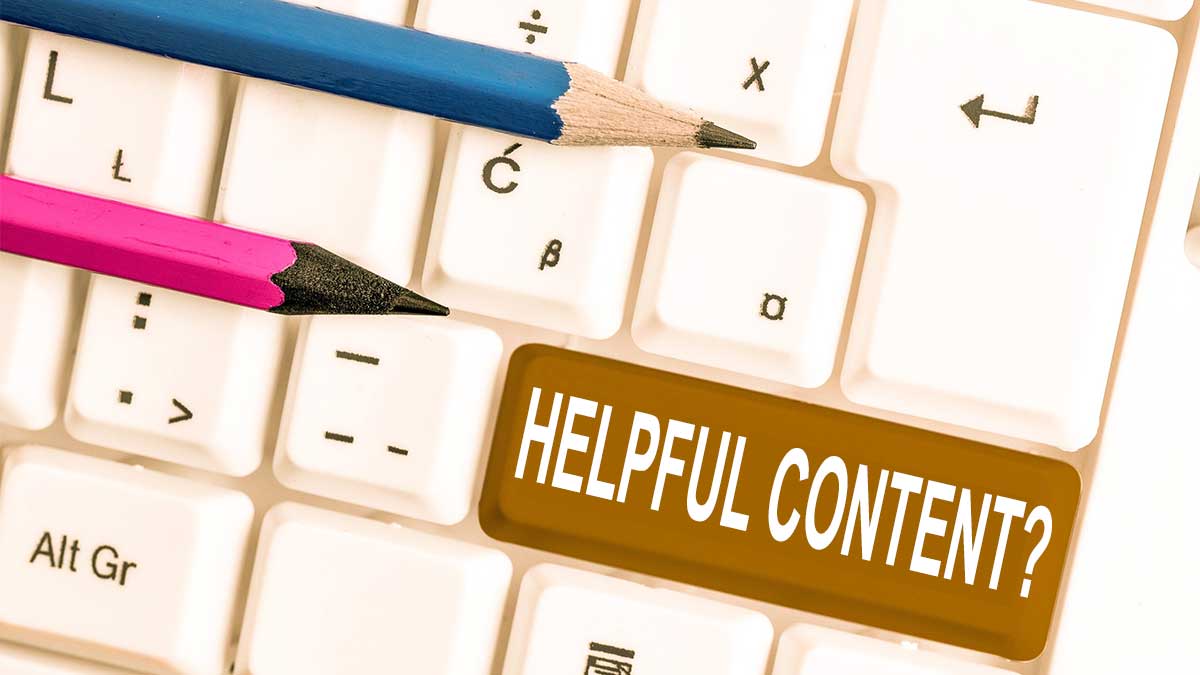 In 2011, Google’s Panda update was launched as part of an effort to control Black Hat SEO techniques and webspam. According to Google, Panda was necessary because the amount of low-quality content was getting out of hand. Panda was Google’s first attempt at assigning a quality classification to pages that eventually became a ranking factor.

We know people don’t find content helpful if it seems like it was designed to attract clicks rather than inform readers. So starting next week for English users globally, we’re rolling out a series of improvements to Search to make it easier for people to find helpful content made by, and for, people.

Google’s John Mueller says that the changes are expected to roll out over the next two weeks. Websites that aggregate content from third party sources rather than original content (think: arts and entertainment and news aggregators) are likely to feel the most impact first.

It’s important to note that the impact will be sitewide. If the algorithm determines that your website offers a high proportion of unhelpful content, all content on the site will be impacted. There’s some question as to whether or not this will apply to subdomains. According to Danny Sullivan in a tweet to Eric Enge at Stone Temple Consulting, “…while Google tends to see subdomains apart from the root domains, there may situations where that isn’t the case.” Danny later followed that tweet up with another that clarified his position:

If your takeaway from this response was to revisit the subdomain / subfolder debate, you’re likely missing the more important point of doing things for people rather than search engines. Use what you think makes sense for them and you’re doing what Google’s systems seek to reward.

Barry Schwartz from Rusty Brick Consulting reached out to Google for comment, and this is part of what he wrote:

Google said the helpful content update system is automated, regularly evaluating content. So the algorithm is constantly looking at your content and assigning scores to it. But that does not mean, that if you fix your content today, your site will recover tomorrow. Google told me there is this validation period, a waiting period, for Google to trust that you really are committed to updating your content and not just updating it today, Google then ranks you better and then you put your content back to the way it was. Google needs you to prove, over several months – yes – several months – that your content is actually helpful in the long run.

Google wrote it will “continue refining how the classifier detects unhelpful content and launch further efforts to better reward people-first content.” “A natural question some will have is how long will it take for a site to do better if it removes unhelpful content? Sites identified by this update may find the signal applied to them over a period of months. Our classifier for this update runs continuously, allowing it to monitor newly-launched sites and existing ones. As it determines that the unhelpful content has not returned in the long-term, the classification will no longer apply,” Google added

The bottom line is that if your website gets hit by this update, it can take months and months to recover. And that’s if you do the work. Which will be a fun project, since Google isn’t sharing which URL(s) are causing the problem. But, they are giving some clues.

Google said “How do you avoid taking a search engine-first approach? Answering yes to some or all of the questions is a warning sign that you should reevaluate how you’re creating content across your site:”

So what about niche topics? On that point, here is John Mueller’s clarification on that question:

Google also said “How can you ensure you’re creating content that will be successful with our new update? By following our long-standing advice to create content for people, not for search engines. People-first content creators focus first on creating satisfying content, while also utilizing SEO best practices to bring searchers additional value. Answering yes to the questions below means you’re probably on the right track with a people-first approach:”

For now, this update only targets English language websites, but Google’s long-range plan is for this to roll out worldwide in other languages.

I worked with Eric at Complex Media, while he was a consultant for UrbanOne, and recruited him as a consultant for Revolver Magazine. Needless to say that I believe he’s a true expert on SEO and that he can significantly move the needle for both start-ups and well-established digital publishers.

In his role as SEO manager/consultant Eric always produced insightful analysis and created a smart timeline of short and long term projects to impact audience growth. He’s a great personality and worked well with editorial and technology teams to move those projects forward, while producing great results along the way.

I would recommend his services to any publisher, whether it’s a newcomer or a well-established publisher, in the ongoing quest for relevant audience growth.

His work is undeniable, data is factual!