The link between SEO and Social: Is it real or imagined?

You are here:
SEO

The important thing to understand that there isn’t a causal relationship between social and search.  But there is a correlation.  This screen shot is from the 2016 study of ranking factors by Dr. Pete Meyers (MOZ’s Marketing Scientist) and Dr. Matthew Peters (MOZ’s Chief Data Scientist): 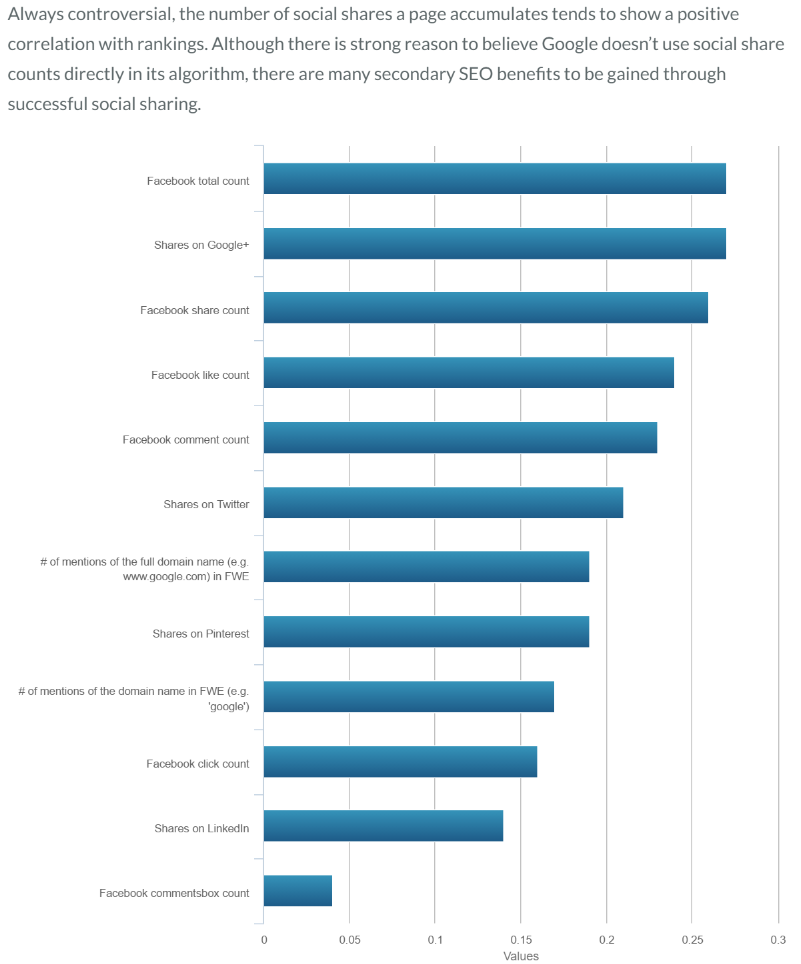 Have a look at what happened with one of our Client’s campaigns.

Try not to look at the numbers themselves.  They’re tiny.  (Like a certain politician’s fingers in this years’ election cycle.) What the chart shows is that social can be a leading indicator for search. That when there is traffic coming from social, there also tends to be increased traffic from organic search shortly thereafter.  Why? Because as more people start buzzing about something, the search queries around that something go up. And that leads to a higher traffic from organic search.

So is there a direct correlation between search and social? I’m voting “yes”.