Is There A Right Time to Think About SEO?

You are here:
Advanced SEO TechniquesSEO 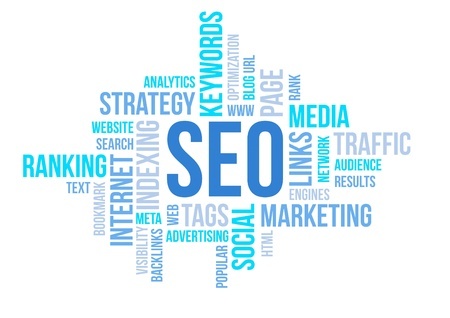 Before you answer, I should tell you that this is a trick question.  There really isn’t a “right” time because if you’re going to do SEO properly, the right time is all the time.

So maybe the better question is, is there a wrong time to think about SEO.  The answer to that question is easy.  Yes, there is a wrong time.  Several in fact.

Search engines look at a whole host of variables (they’re called “signals” in search engine speak) when determining whether or not your web site is worthy of being shown on a SERP in response to a particular search query.  And one of the variables they look at is your information architecture, i.e. how easy is it for your users to find the information they’re looking for.

For example, have you architected the site in such a way that your most important content is accessible from your home page within 1 or 2 clicks?  The best sites keep their most important information as close to the root of the server as possible.  Are the URLs readable by human beings, or do they contain long illegible strings of letters and numbers?  If the URLs don’t make sense to you, they’re not going to make sense to the search engine.  Also, is the navigation logical?  Does it make sense?  A good way to determine this is to ask yourself this. “If I click on this link in the menu will I find what the menu says I should find on that page?”  This is true for every link on your web site – user expectations have to be met successfully – but it’s particularly important in your navigation because the navigation is on every page of the site.

Wrong time #2: After the designers are done with the UI

This goes hand in hand with wrong time #1.  Consulting with an SEO expert before the creative designs are done can save some serious mistakes and in some cases, prevent an entire rebuild of an otherwise gorgeous new web site.

First, it’s important to understand that the Search Engines consider the creative design – the layout of the elements on the page – as one of their ranking “signals.”  Google, in particular, will penalize a web site that doesn’t have enough written content above the fold.  In fact, there was a specific update to Google algorithm back in January 2012 that addressed this exact issue, and while it’s main focus was on designs that were too advertising heavy, it also penalized web site that had little or no content above the fold.  A good SEO person can provide some guidance as to what is, and isn’t appropriate in terms of how much non-text content above the fold is appropriate.

Second, it’s a good idea to remember that just because you can do something, doesn’t mean you should, or that it’s a good idea.  A great example of this would be a web site that is made entire of Flash.  Sure, Flash opens up whole new range of design options for designers: Animations are easy to create, and having to design with a limited number of web safe fonts becomes a thing of the past.  But until fairly recently, the search engines have had a terrible time crawling links and cataloging the content on Flash-based web sites.  And to that the fact that Flash won’t work on smart phones and tablets running the iOS operating system, and designing in Flash becomes the poster child for “…just because you can doesn’t mean you should…”

Let’s get this out of the way right up front.  No one is suggesting that you write your content specifically for the search engines.  Certainly not me, and certainly not the search engines.  Quality content may be king, but the fact of the matter is that you have to pay attention to some basic rules at the time you’re writing your content. If you don’t, it’s not going to appear on the SERPS, it’s not going to get shared on Social Media, and no one is going to see it.  No matter how good it is.

Can you go back and edit your content after it’s published?  Will that have the same effect as making the content SEO friendly before publication?  The answers are (respectively) yes and not quite.

Both Bing and Google have tuned their algorithms to look for fresh content, so getting it right the first time is important.  All other things being equal, fresher content will show up ahead of older content on the SERPs and will garner a higher percentage of links from other sites more quickly. (Note: the number of links as well as the velocity with which content is shared socially are ranking signals.)  That doesn’t mean you shouldn’t go back and make changes to your content after its written if it makes sense. You should.  It’s just better when you don’t have to.

Wrong time #4: After you’ve launched the site and your traffic drops

I’m often contacted by Marketers or Agencies to make recommendations for their web site’s SEO after it’s been launched.  In my opinion, this is probably the worst time to have to make changes because it’s like trying to close the barn door after the horses have left the barn.

Here’s an example that really happened: As part of the redesign process, the “team” redesigning a Company’s web site looked at their Analytics package and decided that they could save money and time, by not including any pages receiving less than “x” number of user sessions in the last 120 days in the redesign.  So they just deleted the pages.  And then, over the next few months, traffic to the site drops.  And not just by a little bit.  It dropped a lot.

The pages that were deleted didn’t have a lot of traffic but they did have two things the search engines look for: authority and inbound links. Once the pages were deleted, the links disappeared and so did the authority. That reduced the number of times the algorithms selected the Company’s pages to appear on the SERPS, which reduced the amount of organic search traffic they received, which affected their revenue.  If they’d contacted an SEO professional in advance, he/she could have mitigated the problem by putting 301 or 302 redirects into place before deleting the pages so that all of those valuable links wouldn’t have been lost.

SEO isn’t something you do one time and walk away from. If your company is going to commit to a program of search engine optimization, then the right time to think about SEO is ALL the time.